Count On Rare Planes In Oshkosh

You can say you go to AirVenture for all kinds of reasons, but rare planes in Oshkosh are always a treat…

…From the newest to the oldest…

You just never know what’s going to turn up.

In 2015 they had everything from a Wright B Flyer lookalike...

...to the public debut of the USAF Lockheed Martin F-35 Lightning II.

Can’t get a spread much larger than that!

Talk about rare planes in Oshkosh.... A Martin Mars flew to EAA AirVenture 2016 with a splash-in on the lake.  It's a sentimental favorite for us because it's the first plane we ever wrote about back in 1985 when there were two fighting forest fires in Canada.  It was great seeing her fly again.

Rare Planes In Oshkosh FLY In!

It’s one thing to go to an aviation museum to see rare or one of a kind planes… we’ve been known to do that all over the world.

It's another thing to see them fly... The cool thing about AirVenture is that most of the rare planes in Oshkosh actually fly in… and many of them fly demonstrations multiple times during the week.

One aircraft that isn’t a plane is Goodyear’s new Wingfoot One.  This semi-rigid airship is replacing the old blimps.  (Blimps are defined as non-rigid airships… right?) 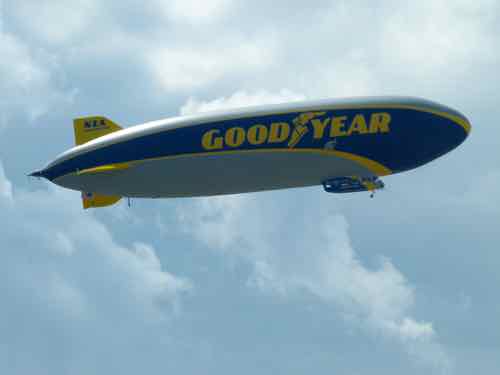 Well, I love the old ones best.  I think Mark loves them all.

The one he was most excited about in 2015 was the Consolidated PB4Y-2 Privateer because he had never seen one flying.  (And because we saw the Mosquito fly last year at the Military Aviation Museum show.) 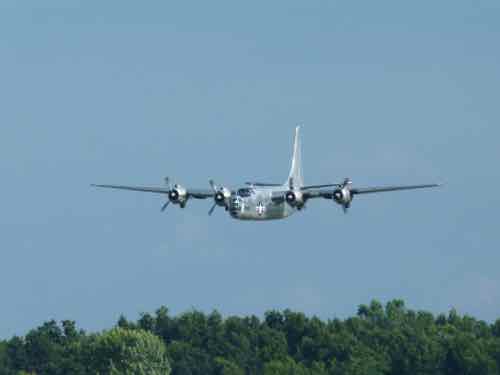 Sentimental favorites here... We’ve been lucky enough to have flown on this Wright B Flyer Lookalike, and Mark had a static F-100 Super Saber in the Aero Lab at school. 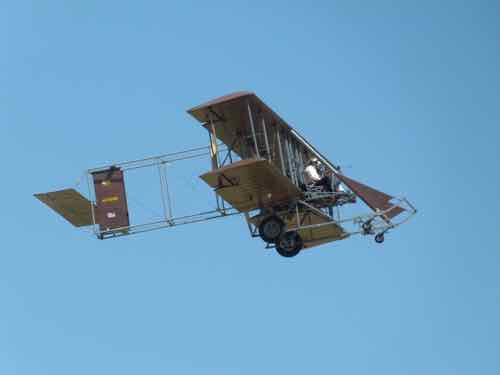 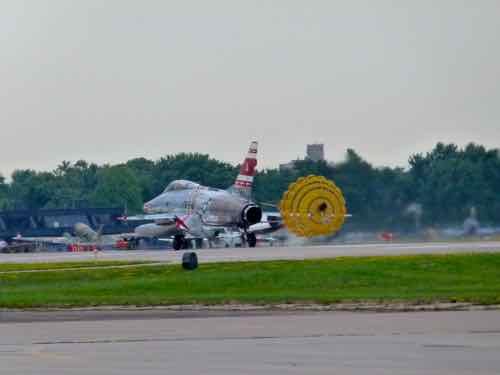 See what I mean?  Even in my definition of old ones flying you have from the beginning of flight to the Cold War. 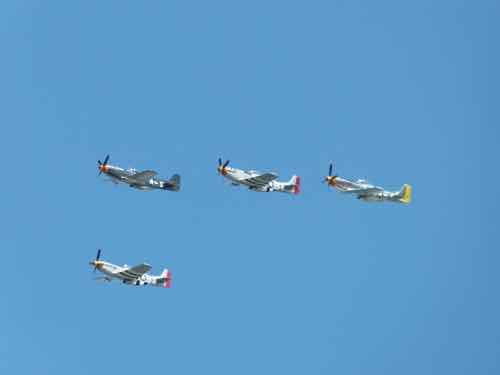 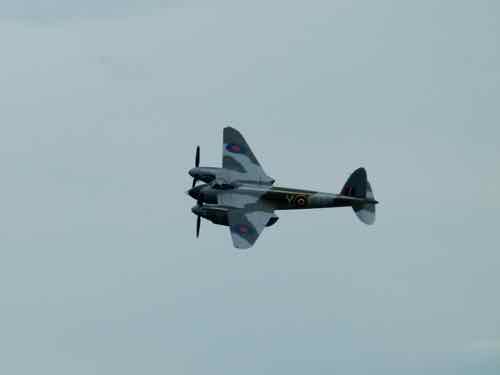 And the Bombers.  Can't get much better or rarer than the Avro Lancaster and the B-29 "Fifi". 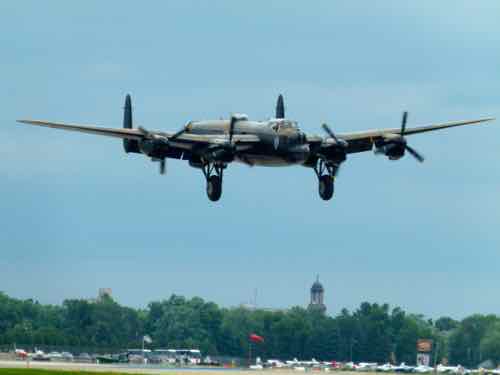 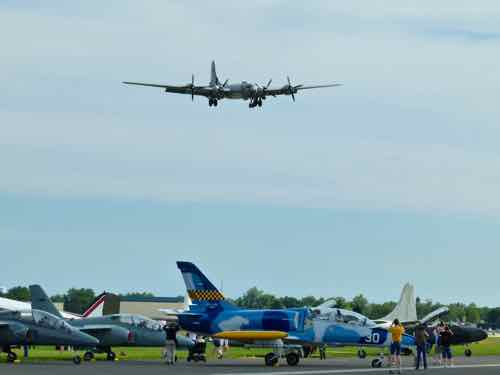 Planes On The Ground

Both of these flew in and did demonstrations during the week, but it was cool seeing them together on the ground. 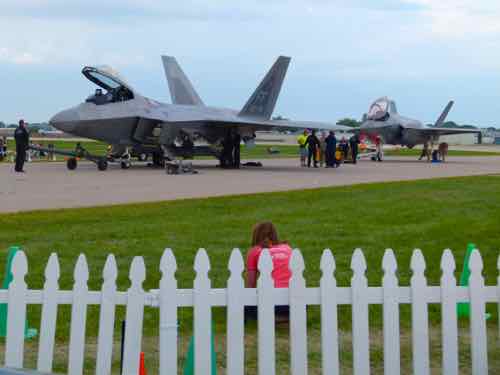 They did have ropes around them and guards stationed right there, but neither kept you too far away.... this is Oshkosh!

And because it was Oshkosh, there was all kinds of fun stuff on the field... 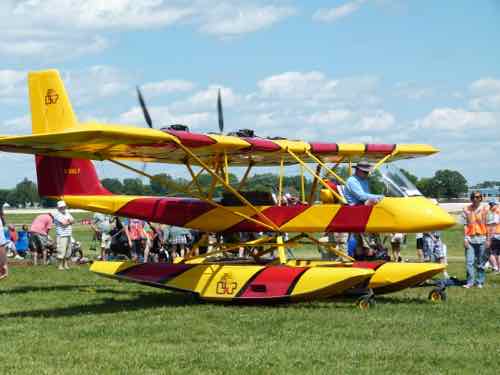 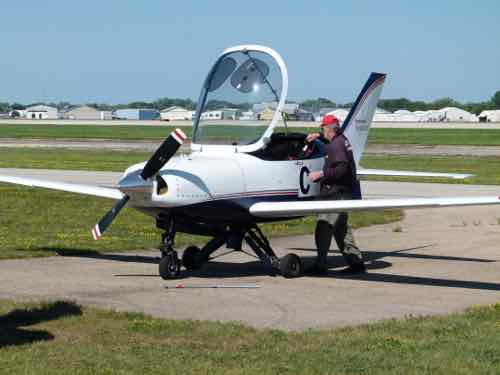 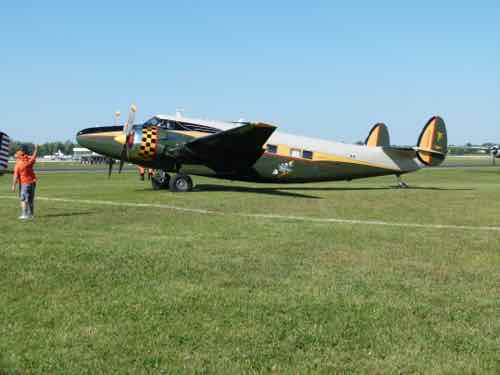 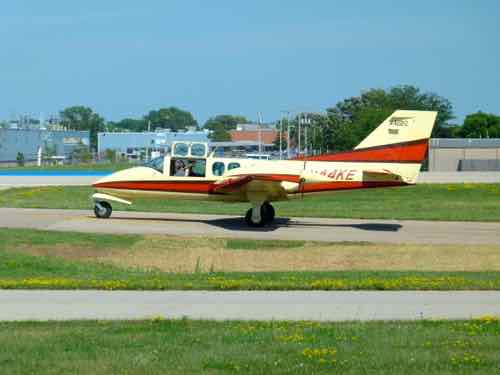 The Junkers F-13 and the Ford Tri-Motors both use corrugated metal.. that’s why they look similar.  (Except the Tri-Motor has more engines of course.) 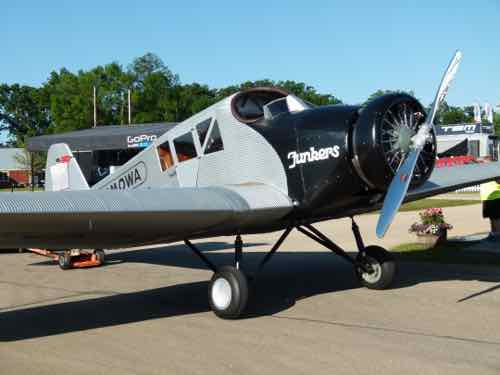 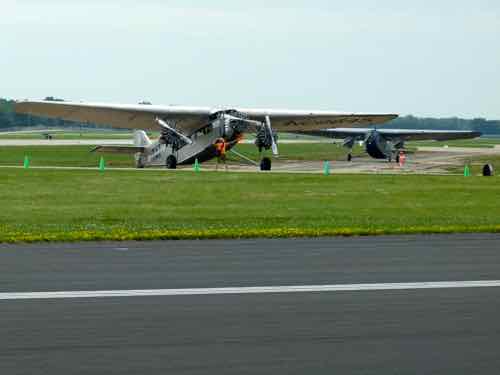 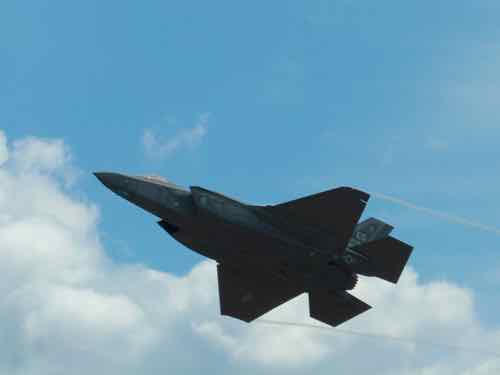 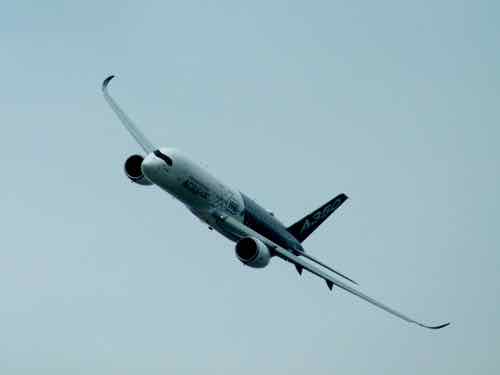 Aerobatic acts are performed in the powerful little planes you would expect... and Matt Younkin puts on quite a show in his Twin Beech 18. 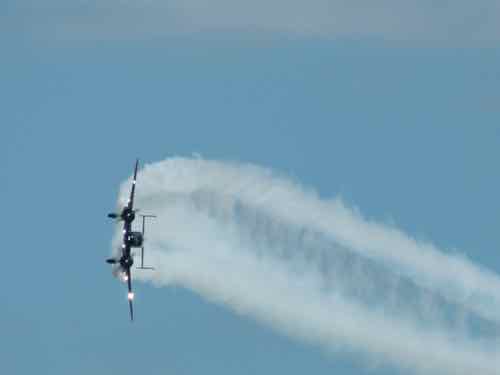 And there was lots of impressive formation flying… especially in Oshkosh 2015 when they put on a tribute show for 70th anniversary of VE Day. 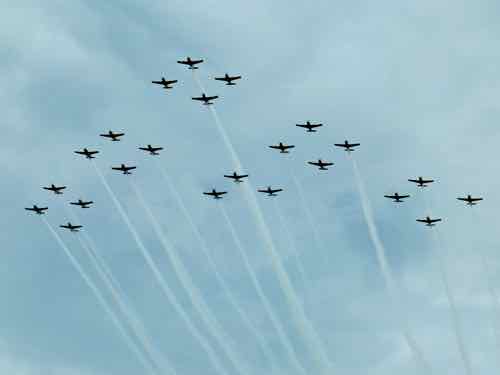 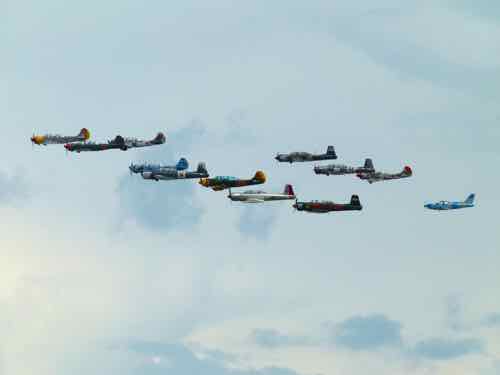 Everyone loves a Heritage flight... this one with (from bottom to top) a Lockheed P-38L Lightning, North American P-51D Mustang, and a USAF Lockheed Martin F-22 Raptor. 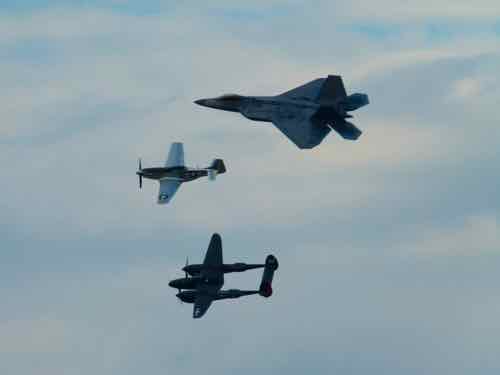 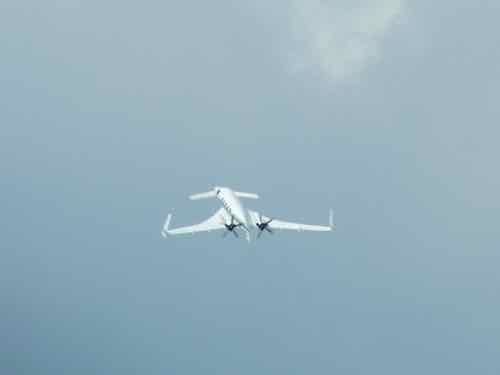 There aren't too many Starships left flying... but the Boomerang is really a rare plane.  Only one was ever built.  Can you see just how asymmetrical it is? 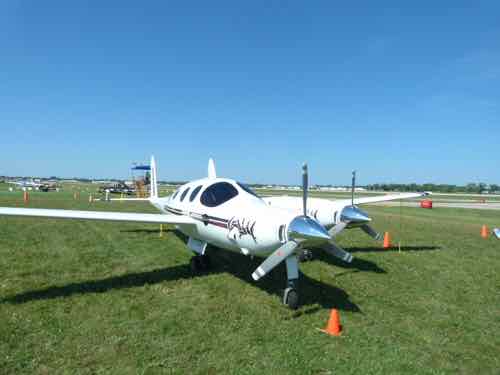 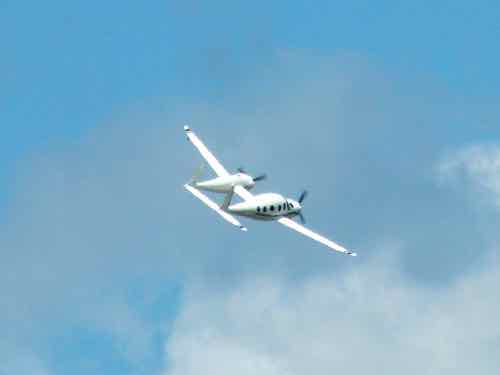 So take your pick... there are all kinds of rare planes in Oshkosh no matter what the year.  Go and have fun.  Check their website to see what they have in store for you... AirVenture Oshkosh.