Way Up North In Bodø

When we learned there was a Norwegian Aviation Museum in Bodø we added a day to our train and boat tour of Norway just so we could see what they had.

That was a three day trip…

But… we had to have time for an aviation museum… right?

Don’t go thinking that an out of the way museum won’t have much to see!  The Norwegian Aviation Museum had some terrific planes in their collection.

We're going to show you a few of our favorites, but they have many more... and they have some terrific historic photos and displays.

We have to apologize for the photography.  The lighting in the museum made photography difficult.  And one more thing… if you want to see larger photos, click on any of them to start a slide show.

The Kjeller F.F.9 Kaje was a Norwegian-built trainer aircraft.  They were built by the Norwegian Army Air Service’s aircraft manufacturer Kjeller Flyfabrikk. 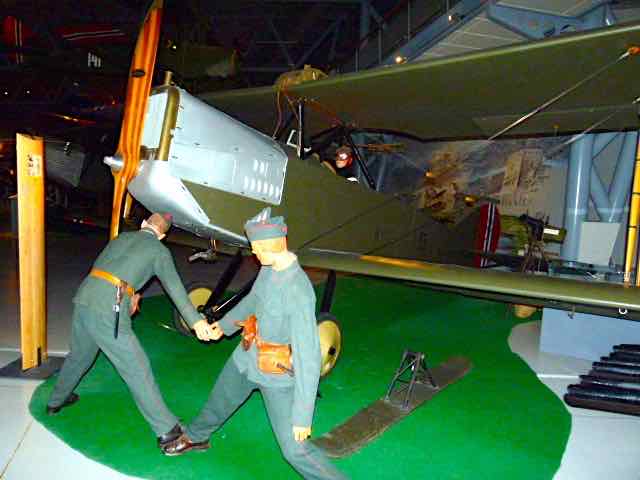 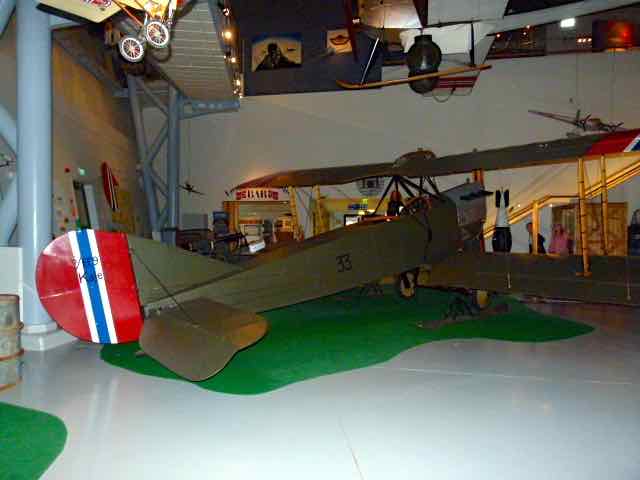 This aircraft was number two in the first batch of 10 which were Kaje I.  (Only 19 were ever built as Kaje I, II and III.)

In 1933, this aircraft crashed into a lake.  The pilot lived, but the aircraft spent the next 75 years at the bottom of the lake.

This restored Kaje I shows Norway's participation in aviation history at the beginning of the 1920s.

The V.L. Sääski II was a Finnish sport and training aircraft. 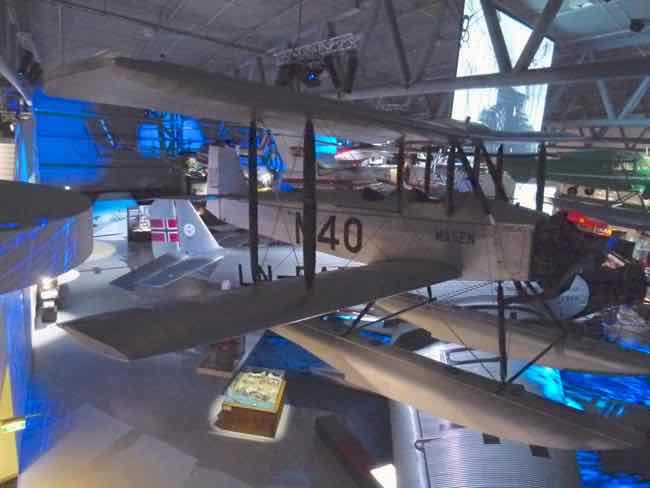 She bought her Sääski II which she called “Måsen” in 1929 and ferried it back to Norway and begin her airline.

She was one of the first Norwegians to try to establish commercial aviation in Norway.

She set up her own airline in 1932, and making her the first female head of a Scandinavian airline.  This is a replica of her plane.

The Fokker CDV was the world’s first multi-role military aircraft, and it could be adapted to any military task by changing the upper wings and/or engine. 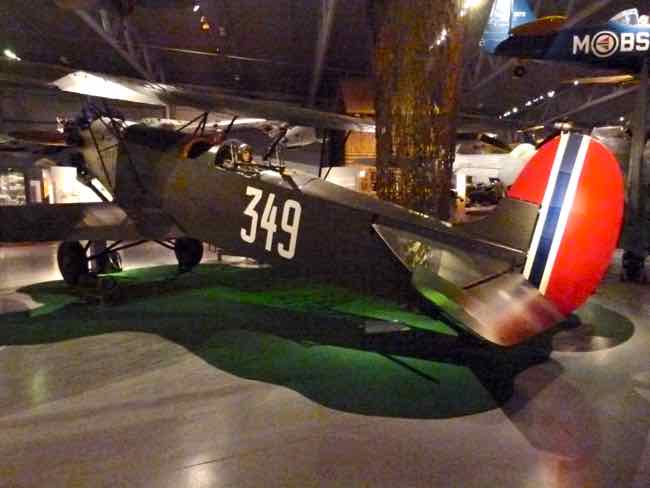 The Royal Norwegian Air Force Museum Fokker CVD “349” was Works number 133 at the Kjeller aircraft factory and was completed in 1931.

It carried out reconnaissance sorties in 1940, but then was evacuated to Sweden.  In 1949 it was presented back to the Royal Norwegian Air Force and restored. 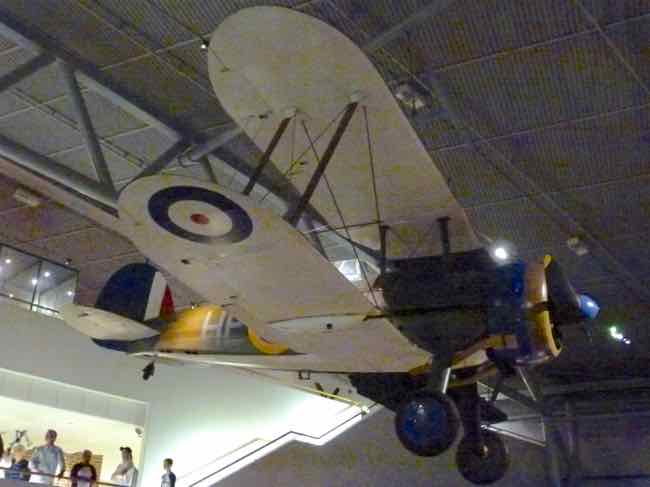 The museum’s Gloster Gladiator was built in 1938.

It crashed during combat operations against the Luftwaffe in 1940.

It was left on ice when the British withdrew from Norway.

Later it was dismantled and stored until it could be restored.

Prototypes for the Mosquito first flew in November 1940! 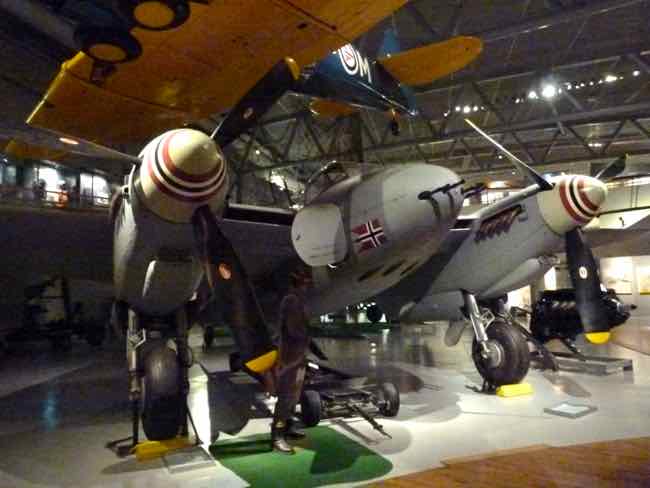 During WWII the Royal Norwegian Air Force was equipped with Mosquitos for reconnaissance along the Norwegian coast and for attacks on German shipping and U-boats on the surface.

It was obtained through an exchange with the RAF Museum.

Now it is painted in the Norwegian 333 Squadron’s colors to convey Norwegian war history. 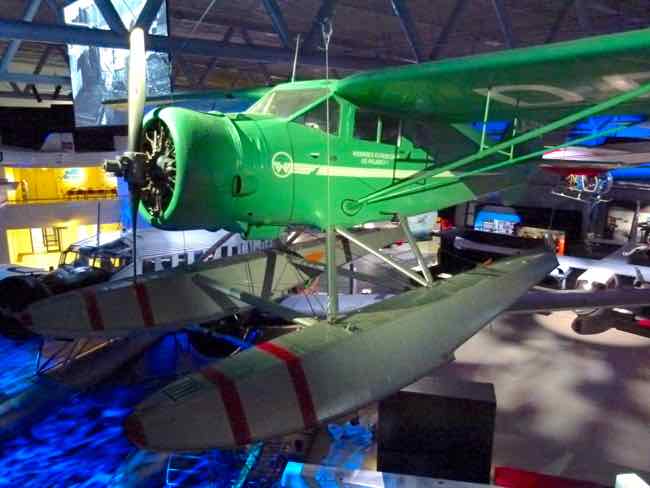 The aircraft was designed to use either wheels, skis or floats.

There were two pilots and room for 5 passengers or 2 stretchers.


The aircraft was designed in 1938, but work was halted when war broke out, and production started again in 1947.

North Of The Arctic Circle

Why is the Norwegian Aviation Museum... a national museum... so far north and away from population centers?  We don’t know!  From what we’ve read, there was debate for decades, but in 1992, Bodø won.

Bodø Air Base has been the biggest Air Force base in Norway since the 1960s.

(There is a U2 in the museum, but if you think these pictures are dark… you don’t want to see our photos of that black plane in that dark room!)

There is an aviation museum near Oslo.  We haven’t been there yet.

The Norwegian Aviation Museum building is pretty unusual by itself.  It straddles the street called Olav V Gate.  The building is shaped like a propeller with the control tower at the center over the roadway. 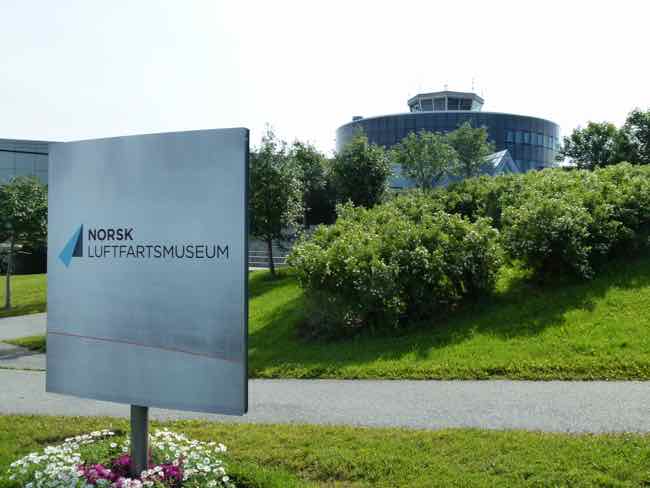 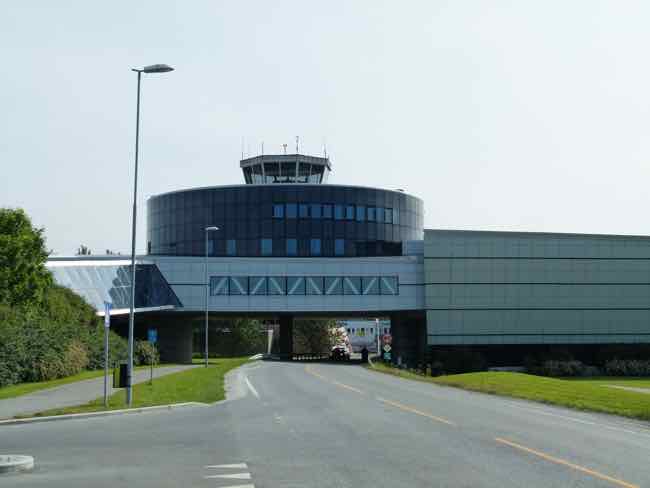 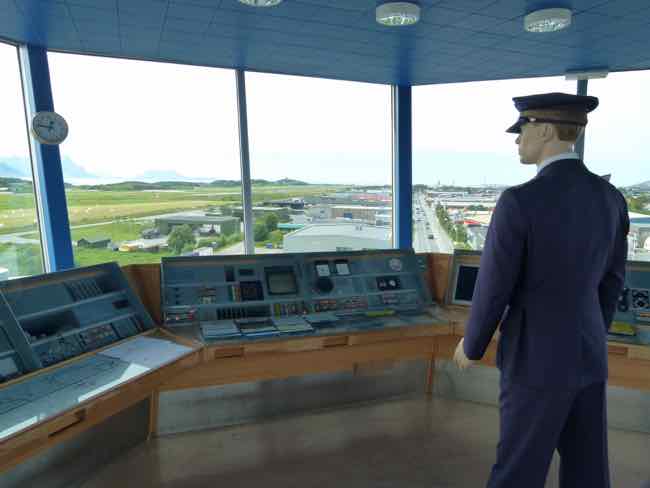 The Norwegian Aviation Museum is centrally situated in the city of Bodø in Nordland, North Norway.