Cub Cross Country From The Air

Jack still had time for some Cub to Oshkosh aerial photos even though he had his hands full flying.

Have you followed us on our cross country on other pages?

If so, you've seen the ground photos.

Keep on reading to see a little of what Jack saw as he flew the Cub to Oshkosh.

Let's start at the beginning.

Jack and Carol wave good-bye to Camarillo Airport, their home base. 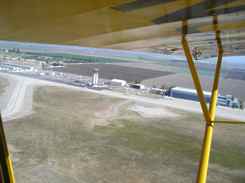 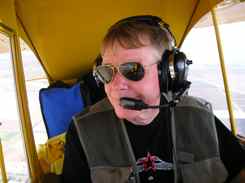 Jack's dream was to restore the Cub and fly it to Oshkosh. This is the day he starts living the dream.

Can you tell he's happy? 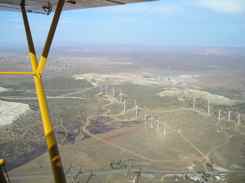 With two of them in the plane, it didn't have a lot of lift...

So they were a little closer to the windmills than they wanted...

...but they reported it was fun. 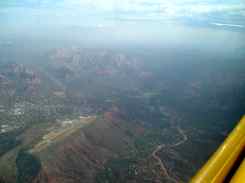 Jack flew solo across the mountains and desert. He snapped some "sightseeing" Cub to Oshkosh aerial photos to share with all of us.

Flying on across Arizona he shows us Meteor Crater and Lava Flows. 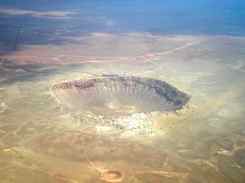 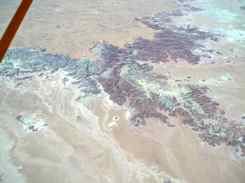 By the time we got to New Mexico, Jack was feeling comfortable with the Cub. We were also out of the mountains and the desert, so he invited Brian along for some stick time.

Nose To Nose Part Of The Way

This was a fun leg for all of us because the Cub followed the highway we were on with the RV....

...And look at this Cub to Oshkosh aerial photo... they caught us as we paced them. 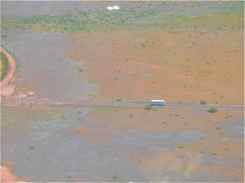 Jack went solo again from Liberal, Kansas because of the remnants of the thunderstorm that had kept us on the ground all morning. No photos on that leg... he reported feeling like a cork bouncing around. Things cleared up by the time he got to Hayes, Kansas, so Mark joined him. 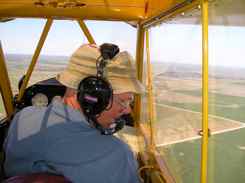 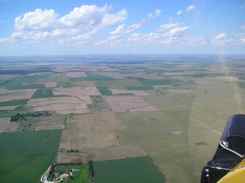 Mark and Jack loved flying over the farmland in Kansas. I got a leg the next day so I can verify how pretty it was. They loved their approach into the really cute Belleville Airport. 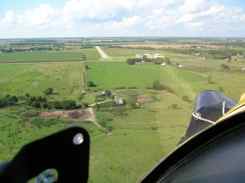 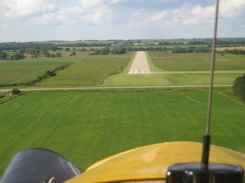 On the final leg Jack and Carol flew together. Carol got to pilot it for a couple of hours. They knew they were close when they crossed the Mississippi into Wisconsin. 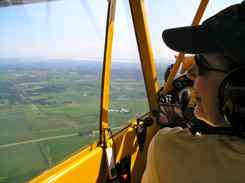 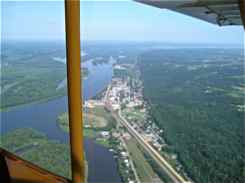 The end is really in sight. Great flying weather. Winds calm. Getting to Oshkosh before the traffic gets heavy. Here they are on final approach..... 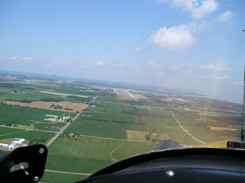 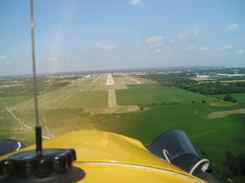 They did it... they got the Cub to Oshkosh. 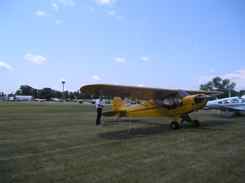 Not an aerial photo... one of the pilot happily tying down the Cub in the Vintage Aircraft Parking area.

Travel the World In Cyberspace - Check Out Our MouseToursTravels Website